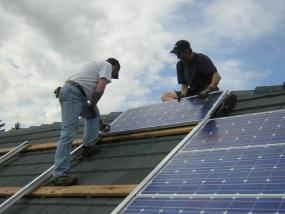 There is a renewables boom happening in Alberta’s energy market and it has flown under the radar - until recently.

The private renewables market in Alberta grew at an unprecedented rate in 2021. Renewable energy purchasing deals signed to-date are supporting the development and construction of over $3.75 billion worth of new wind and solar energy investment in Alberta, creating nearly 4,500 jobs. At the Business Renewables Centre-Canada (BRC-Canada), we help organizations learn how to purchase energy from renewable sources; even so, we didn’t predict this degree of growth.

When BRC-Canada was founded in 2019, we set an ambitious goal of securing 2 gigawatts worth of renewable energy deals by 2025. Just a few months into 2022, with Capstone Infrastructure (a participant of BRC-Canada) and Pembina Pipeline Corporation signing a new deal for 105 megawatts of wind power, we have hit that target three years ahead of schedule. 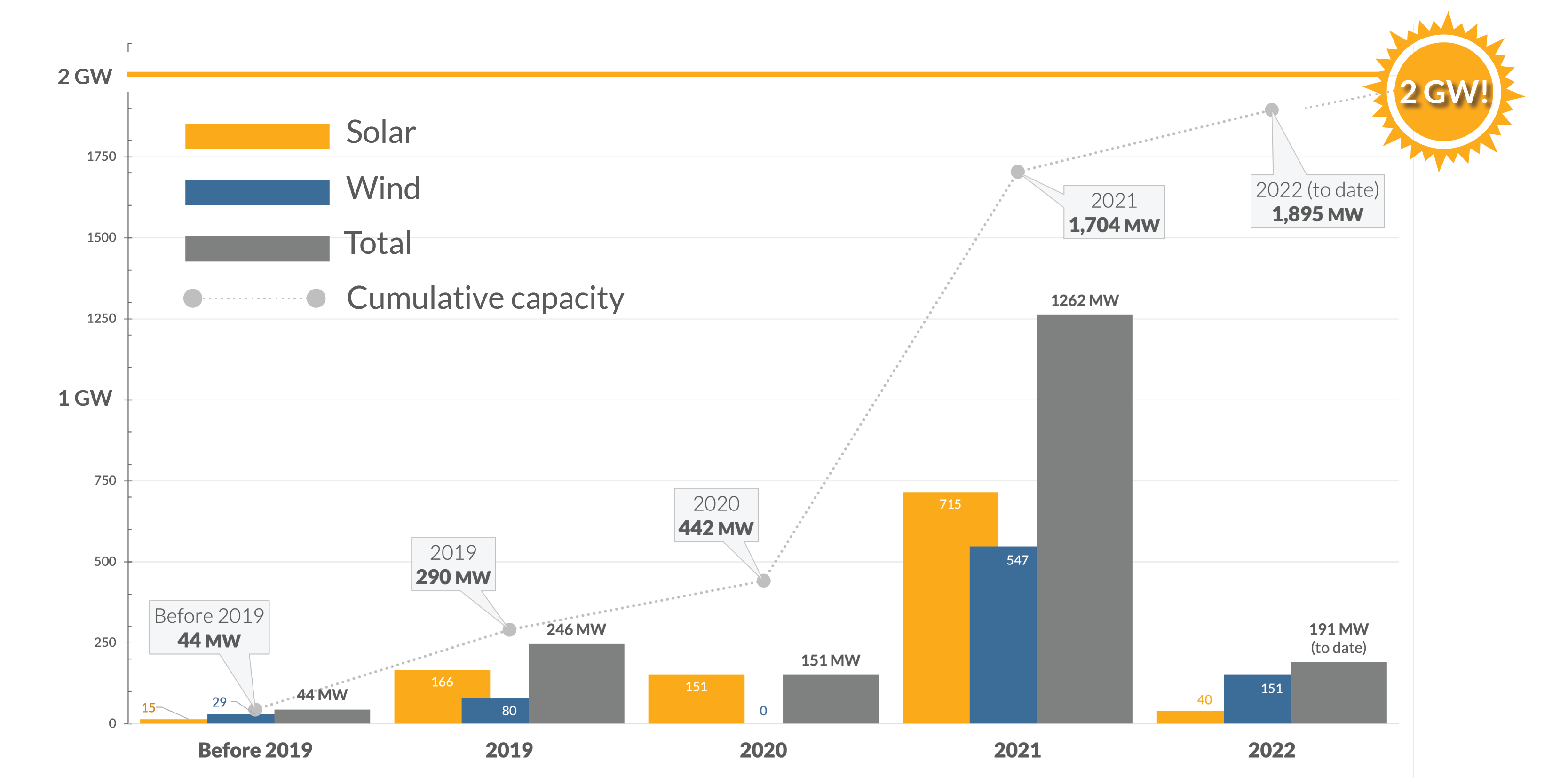 What’s behind this growth in renewable energy purchasing?

Energy deals struck between corporations and renewable energy suppliers are the main driving force behind the rapid expansion of Alberta’s renewables sector. Companies are responding to a demand for decarbonization from shareholders, governments and investors. Supporting construction of renewable energy projects and sourcing their electricity directly from the developers is a highly effective way for companies to reduce their carbon footprint.

That’s why there is such an increase in the diversity of corporations pursuing renewable energy deals. Companies that provide a wide variety of services and products – TELUS, Starbucks, Amazon and even the City of Edmonton – are all jumping on the bandwagon.

Another factor driving this growth is the fact that renewables are cheap. With costs dropping over the last decade (the cost of wind and solar have fallen by 70% and 89% respectively since 2009–2010), renewables are now the cheapest source of electricity.

And the impact of this growth is significant. Corporate renewable energy deals are supporting an impressive amount of energy: enough to power over 640,000 homes, which is more than all the homes in Calgary, Lethbridge, Medicine Hat, and Red Deer combined.

We are proud to say that the efforts of the BRC-Canada community have played a role in accelerating this growth. Our community participants, who include renewable energy buyers, sellers, and intermediaries who help broker deals, were involved in over 90% of all private renewable energy deals announced since 2019. 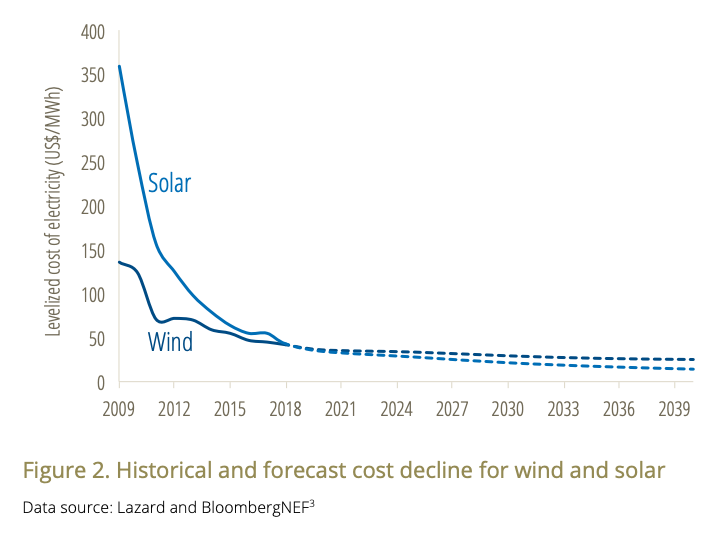 The costs of wind and solar technologies have fallen dramatically in recent years. Source: Pembina Institute

Alberta is now the wind and solar capital of Canada

It might seem unexpected, but the core of Canada’s corporate renewable energy revolution is in Alberta.

Alberta is the only province in the country with this regulatory environment, which means the province has been getting the lion’s share of investments. These investments come from all over Canada, with Toronto-based companies like the Royal Bank of Canada contracting renewable energy projects in Alberta.

Alberta’s renewables industry is still growing. Five deals have already been struck in 2022, adding up to 333 megawatts of new wind and solar power. With Canada now committed to achieving a net-zero electricity grid by 2035, the need for corporate investment in renewables is more urgent than ever. Any companies that have yet to consider renewable energy as part of their environmental strategy should jump on board: the opportunity to be part of the renewables boom is now.

Federal funding through PrairiesCan enabled the launch of BRC-Canada in 2019. With a new federal investment of $600,000 through PrairiesCan’s Regional Innovation Ecosystem funding, the Pembina Institute will further scale up BRC-Canada as an educational platform where corporations and institutions can learn, connect and receive guidance to purchase renewable energy directly from Alberta-based producers.

“Alberta has all the necessary natural resources to take hold of this great opportunity to grow its renewable energy sector, position itself as a hub for renewable energy projects, and create high quality jobs in communities across the province. Our government’s collaboration with the Pembina Institute will help scale up the Business Renewables Centre-Canada and help create new opportunities for business, including women and Indigenous-led firms, so they can purchase and sell renewable energy, while contributing to Canada’s drive to net-zero by 2050.”

The new funding through PrairiesCan will enable BRC-Canada to engage more sectors with the potential to pivot their energy supply to renewables, while also increasing participation of underrepresented groups in Alberta's growing renewable energy sector.

In the meantime, our team at BRC-Canada is setting new goals and targets. We look forward to continuing to support the decarbonization of Canada’s electricity grid and a climate-safe future for Canadians.

BRC-Canada is proud to be supported by PrairiesCan.