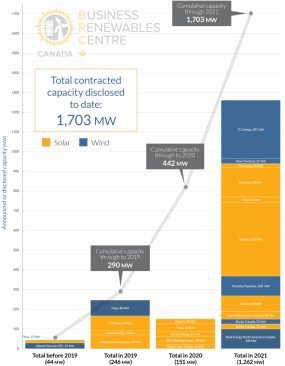 The BRC-Canada Deal Tracker is a one-stop shop to visualize publicly disclosed corporate and institutional deals for Canadian renewable energy projects. Here are the highlights this past quarter (Q4 2021) and a reflection on this record-setting year.